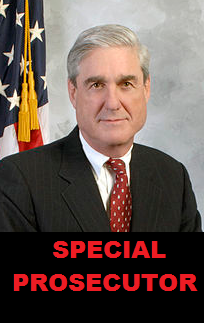 May 17, 2017 (Washington D.C.) – In a bombshell announcement, the U.S. Justice Department has  issued an order to appoint a special prosecutor  to investigate Russia’s efforts to interfere in the 2016 presidential election, including any links and/or coordination between the Russian government and individuals associated with the Trump campaign.  Far more broadly, the order allows investigation of any matters that arise from the investigation and all other matters within a special prosecutor’s jurisdiction under federal law – including authorization to prosecute federal crimes arising from the investigation.

Mueller became FBI director before the 9/11 attacks in 2001, leading efforts to turn the FBI into a counter terrorism and counter intelligence operation.

He has shown strong ethical standards in the past, threatening to quit over the Bush administration’s illegal wiretapping without a warrant, along with his then-deputy, none other than James Comey, who went on to become FBI director until fired by President Trump. Their stance prompted Bush to make changes in his program.

Mueller issued a statement  after the special prosecutor appointment indicating , “I accept this responsibility and will discharge it to the best of my ability.” He added that he will resign from the private law firm he works for to avoid conflicts of interest as special prosecutor.

Rosenstein stated that “the public interest requires me to place this investigation under the authority of a person who exercise a degree of independence from the normal chain of command.” Read the order. (Attorney General Jeff Sessions recused himself from the investigation due to  his misrepresentations about his own meeting with a Russian official during his Senate confirmation hearing.)

Trump issued a statement indicated that “a thorough investigation will confirm what we already know – there was no collusion between my campaign and nay foreign entity.” He added,  “I look forward to this matter concluding quickly. In the meantime, I will never stop fighting for the people and the issues that matter most to the future of our country,” USA Today reports.

But a quick conclusion seems highly unlikely. Trump and those around him have raised numerous red flags including:

Trump's firing of FBI director James Comey,  then his admission on NBC that "that Russian thing" was a factor in firing Comey, arguably committing obstruction of justice;

reports that Trump previously asked Comey to halt the investigation into former national security director Michael Flynn's Russian ties, and Comey's refusal to do so, as ECM reported earlier today;

Failure by Flynn and Attorney General Jeff Sessions to disclose conversations with Russian government officials during their confirmation hearings;

Trump, during the campaign, openly encouraging Russia to hack rival Hillary Clinton's emails; Russia has been accused of hacking Clinton's campaign as well as the Democratic National Campaign comittee headquarters, the cyber-equivalent of the Watergate breakin;

Reports from British intelligence suggseting Trump may be vulnerable to blackmail by the Russians over actions with prostitutes in Moscow purportedly caught on videotape;

Trump divulging classified information to Russian representatives in the Oval Office that may have compromised an allied intelligence source in an ISIS stronghold;

Trump's ties to Russian mobsters and reports of possible money-launder at Trump casinos for organized crime including Russians;

Trump's potential violations of the Constutituion's emolluments clause through his business interests in Russia.

Even conservative “Right Turn” blogger for the Washington Post Jennifer Rubin writes, “Frankly, the White House has every reason to panic.  No one will intimidate or throw Mueller off course. The seriousness of the probe could not be more clear.  A pall will soon fall over the White Hosue as every member of the staff, the vice president and the president will brace themselves for interrogation, production of potentially damaging documents, and incidentally, big legal bills.”

Such investigations can spiral far beyond the original intent, as occurred when Kenneth Starr was appointed special prosecutor to investigate President Bill Clinton.   No criminal charges were ever filed despite probes into numerous issues, though Clinton faced impeachment (but not conviction) over perjury related to sexual relations with a White House intern.

California Democratic Senator Dianne Feinstein also praised the appointment,  calling Mueller a “great FBI director…there’s no better person who could be asked to perform this function. He is respected, he is talented and he has the knowledge and ability to do the right thing.”

After Nixon fired the first Watergate special prosecutor, Archibald Cox, a subsequent prosecutor continued the investigation and months later, Congress prepared articles of impeachment on charges including obstruction of justice. Nixon resigned rather than face impeachment proceedings, under which the House impeaches and the Senate would try a sitting president.

Congress later changed the law to prevent a president from having that authority – so Trump cannot fire Mueller.  Only the Attorney General may do so under the statute, but since Sessions has recused himself from this investigation, only  Rosenstein, or any future replacement for Rosenstein, may do so.  However since Trump could potentially replace Rosenstein,  some have argued that Congress must also take separate actions as the executive branch.

House and Senate Intelligence Committees are also conducting their own probes into Russia’s interference in the presidential election.

Democratic Al Green went further, today becoming the first representative to officially call for Trump’s impeachment, CNN reports . “I will not be moved. The President must be impeached," Green said on the House floor. "For those who do not know, impeachment does not mean that the President would be found guilty. It simply means that the House of Representatives will bring charges against the President. It's similar to an indictment but not quite the same thing."

“There is no question Robert Mueller is capable of leading a thorough and competent investigation into the Trump/Russia connection. The question is whether the President will attempt to influence the investigation of the Special Counsel, who must ultimately answer to the him," said Congresswoman Susan Davis (D-San Diego).  "While I support this appointment, it’s critical that congressional investigations move forward and an independent commission is established to look into the activities and intent of major players regarding Russian influence into the election.”

But House Republicans just defeated a Democratic effort to force a vote on creating an independent commission, USA Today reports.