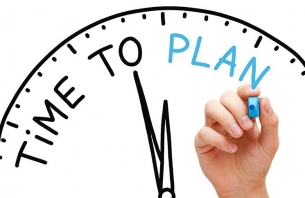 August 22, 2017 (Spring Valley) -- Bob Eble and John Scott Shaffer were appointed to Seat 14 and Seat 8 of the Spring Valley Community Planning Group, respectively. This occurred on August 11,  two weeks after the last minute application of Brenda Simmons was not included on that agenda because this would have been a violation of the Brown Act had the group voted.

A member of the Casa de Oro Alliance spoke on Simmons’ behalf during the public comments before the meeting began on Aug. 8. The group first asked Simmons, then the other two applicants, if she would have time for the obligations of the Board. She answered affirmatively and also said that she would recuse herself if there was any conflict of interest with her work within the Casa de Oro Alliance.

Lowes sent emails to several other planning groups asking about their appointment procedures. All had different rules so in the next meeting the Board will discuss what they will change in the future to avoid the recent debacle.

When voting commenced, Simmons only received one vote for Seat 14 and none for Seat 8. After not receiving either appointment, Simmons left the building.

Eble used to be a member of the Board. At the end of the meeting, members showed him that they still had his name placard. Eble is the owner of Bob’s Classic Car & Motorcycle Services.

Shaffer has lived in Spring Valley for one year and this is his first appointment to the Board. He graduated from the U.S. Naval Academy with a B.A. in Political Science, has a Masters of Arts in Criminal Justice/Homeland Security, and is working on a MBA through Boise State University.

“I hope to address some of the challenges regarding availability of affordable housing, community infrastructure, and local zoning enforcement," Shaffer said. He currently works as a defense consultant specializing in maritime missile defense, a part-time Adjunct with Arizona State University distance program, and a Naval Reserve officer.  Shaffer added, "Having served our nation for the last six years, I wanted to participate in an organization that serves the local community.”