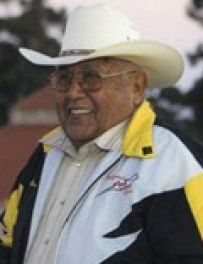 June 12, 2017 (Lakeside) - This summer's slogan or the San Diego Stars semipro baseball club is "Beyond Barona," as the Stars moved about half of their home games from Stars Field, located on the Barona Indian Reservation since 1995, to West Hills High School, where Stars owner/field manager Mickey Deutschman had been varsity head coach of the Wolf Pack for two seasons.

The summer campaign opened with seven home contests, but only the final two were held at Barona.

However, even though the Stars swept a Western Baseball Association double-header from the West Coast Clippers of San Marcos 15-10 and 6-4, there was a touch of sadness from Deutschman and members of his staff.
Over the past 22 seasons, Albert "Boxie" Phoenix, the spiritual leader of the Barona Band of Mission Indians, annually blessed the field prior to the first pitch. That failed to materialize after the ballclub learned Phoenix passed away at his home on the reservation in January.
Known to virtually everyone as simply "Boxie," Phoenix was perhaps the most respected of the elders at Barona, heavily involved in many community events, including founding the Native American Powwow circuit in California. He also was a central figure in preserving the Ipaay Aa language of the Kumeyaay. and was a key figure in maintaining the heritage of the Barona band.
Boxie served in the U.S. Army during the Korean conflict, retiring as a Corporal.
Boxie left behind three daughters and two sons. He had 11 grandchildren and 10 great-grandchildren. He was also an uncle to many people, native and non-native, both on the reservation and in the "greater community."
On the field
The Stars closed their season-opening homestand with a 5-2 overall record, as two other contests were postponed.
In Sunday's (June 11) second ballgame, Stars starting pitcher Austin Seidel, a graduate of Steele Canyon High, carried a no-hitter into the 8th inning, striking out eight batters before allowing a double to exit with a 4-0 lead in what ultimately became a 6-4 triumph.
It was Seidel’s best pitching effort since firing five innings of no-hit ball against the nationally ranked Alaska Goldpanners in the ballclub’s trip to Fairbanks last summer.
San Jose State transfer Eric De La Rosa led the offense by blasting a triple to score pinch-hitter Ryan Culp (lead walk), then the former Spartan came home on a sacrifice fly by Michael Stowers.
In the high-scoring opener, the Stars exploded for seven runs in the 4th. Dallas Seidel, Austin's older brother, singled and scored to leadoff the frame, then added an RBI double to cap the outburst.
Later, Joey Krug homered down the left-field line in the 5th, then Shane Coleman (right field) and Michael Byerline (left field) smashed back-to-back shots on the 8th to put the game out of reach for the Clippers, who swept four games from San Diego last season.
The Stars next meet the San Diego Mavericks on Tuesday at their new home site: Olympian High in Chula Vista. Afterward, San Diego will host the Poway Crush at West Hills High on Wednesday. Both start at 5 p.m.