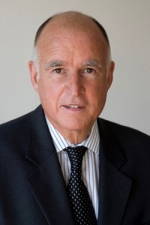 June 16, 2014 (Sacramento)—The California Legislature approved a $58.3 billion budget shortly before the constitution deadline Sunday night. The measure was a compromise between Governor Jerry Brown and the Democratic-controlled Legislature.

The budget has good news students.  There will be no tuition increases this year for students at the University of California or California State Universities.  The budget increases funds to both the UC and CSU systems by $14.2 millon each and in addition, if certain triggers in the budget are met, UC and CSU will each receive another $50 million.

The budget also takes $250 million in cap and trade revenues paid by polluters that will be used to offset carbon emissions, including funding a high speed rail project.

Also in the budget is a $438 mililon expansion of MediCal under the federal healthcare reforms.

In the wake of recent headlines critical of a shortage of mental heatlh services, legislators also approved $35.7 million to expand patient capacity at state mental hospitals.

Republicans criticized the budget as spending too much on new programs and not enough on reducing long term debt. One Republican legislator tweeted, Usually on Father’s Day I barbecue meat.  I wish I could roast a few Dem priorities.”

The budget  does include  a $1.6 billion rainy day fund,  however, and also  starts paying down a $74 billion shortfall in the teachers’ pension fund.

The budget is currently on the Governor’s desk and is expected to be signed. Governor Brown called the plan a “solid and sustainable budget that pays down debt, brings stability to the teachers’ pension system and builds at long last a reliable Rainy Day Fund.”