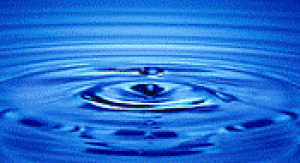 September 27, 2017 (San Diego) – Today the California Supreme Court denied a request by the San Diego County Water Authority (CWA) to reverse a Court of Appeals decision in June that allows the Metropolitan Water District (MWD) to include its State Water Project costs in rates it charges to transport CWA’s independent Colorado River supplies through MWD’s pipeline and aqueduct.

See below for statements in full from the CWA and MWD.

Mark Muir, Chair of CWA’s board of directors, wrote in an email to local elected officials:

While we hoped the court would strike down all of MWD’s monopolistic rates, our lawsuits have produced noteworthy victories for San Diego County residents – rights to significantly more MWD water, a determination that MWD breached its contract with the Water Authority, and a ruling that MWD illegally collected tens of millions of dollars in overcharges from our region through the imposition of its so-called “water stewardship” rate. MWD must repay the Water Authority approximately $51 million in illegal water stewardship charges from 2011-2014. And, the decision prevents MWD from imposing more than $20 million in illegal charges annually going forward. Through 2047, those unlawful charges would have amounted to approximately $1.1 billion.

The Water Authority also secured the single-greatest water rights victory in San Diego County history as part of this litigation. Under the Metropolitan Water District Act, each of its member agencies has a statutory right to a certain percentage of MWD’s available water supplies. The trial court and Court of Appeal both ruled that MWD illegally under-calculated the Water Authority’s water right since 2003. Properly calculated, the Water Authority’s water right at MWD will be about 100,000 acre-feet per year greater than MWD had calculated. To put that in perspective, that’s about twice the annual production of the $1 billion Claude “Bud” Lewis Carlsbad Desalination Plant.

The state Supreme Court sets a high bar for the cases it accepts for review, agreeing to review only 5 percent of all cases presented to it. We are thankful to our staff and legal team for the extraordinary effort required to advance our cause. The Water Authority has two additional cases challenging MWD’s rates from 2015-2018 that have been stayed in Superior Court while the appellate proceedings were ongoing and are now expected to move forward again. We expect to recover approximately $39 million in illegal MWD charges in those two cases.

Jeffrey Kightlinger, general manager of the Metropolitan Water District of Southern California, issues the following statement on the decision:

We are pleased that the Supreme Court took the appropriate step by denying to review this case, reaffirming a major legal victory for Metropolitan and its member public agencies, that directly or through their own sub-agencies provide water to nearly 19 million residents throughout Southern California.

In June, the Court of Appeal decided entirely in favor of Metropolitan on the central issue in the litigation, finding that it is reasonable and legal for Metropolitan to include in its transportation rates and wheeling rate the water transportation costs it incurs for its integrated system, which includes the State Water Project.

This case concerns a contract dispute between two parties. The San Diego County Water Authority requested that the transportation rates form the price in a unique exchange agreement with Metropolitan. The agreement provides for an ‘exchange’ in which the Water Authority provides Metropolitan with Colorado River water, and in return it receives a like amount of water from any of Metropolitan’s supplies.

The agreement also provided that in return for payment of the agreed upon price term, the Water Authority received over $1 billion in assets from Metropolitan. The Water Authority then sued for a lower contract price, attempting to shift its costs to Metropolitan’s other member agencies throughout Southern California.

As directed by the appellate court, certain matters in the case will now be remanded to the trial court for redetermination. This may provide further financial relief for Metropolitan and its member agencies.

Last-ditch effort to introduce new, completely unrelated issues to the case, in its continued effort to shift its costs to others. During these court proceedings, the Water Authority has engaged in an aggressive public relations campaign as part of its litigation strategy to attack Metropolitan’s fiscal integrity and decision-making. Most recently, the Water Authority expanded its legal attack with new litigation challenging

After prevailing on the major legal and financial issues in this litigation, we believe it’s time to move on to more productive activities on behalf of our member agencies and the

Southern California region. Metropolitan hopes Water Authority officials will finally realize that throwing mud and endlessly fighting in the courts are losing strategies, with millions of rate payer funds spent on legal costs. We remain committed to working toward real solutions for our future water needs and invite the Water Authority to join as a cooperative partner.