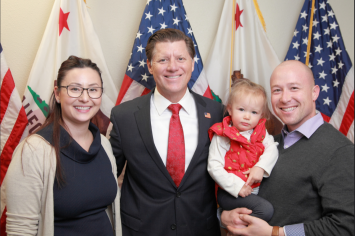 February 3, 2019 (Mt. Helix) –  When Daniel and Stephanie Boethin learned that the state planned to open a parole office near their Mt. Helix home in La Mesa, they took action  As government contractors, they knew how to get the attention of bureaucrats and public officials. In just a few short weeks, they organized their community to successfully halt the parole office near homes, schools and businesses in their neighborhood.

We interviewed the Boethins on our East County Magazine Radio Show, originally aired on KNSJ 89.1 FM Radio. The Boethins offered advice for people in other communities on how to successfully organize to stand up against projects with negative impacts on neighborhoods.

Interview with Daniel and Stephanie Boethin