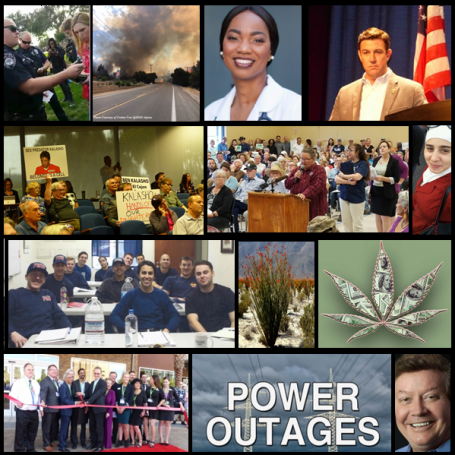 December 20, 2018 (San Diego’s East County) – It’s been a turbulent year across East County.  Some of our top stories were purely local issues – a fire that ravaged Alpine, battles to stop sand mines in Lakeside and Rancho San Diego, debate over the future of Julian’s fire department, the controversies embroiling El Cajon Councilman Ben Kalasho, the indictment of Congressman Duncan Hunter, growing pains in Santee, and protests over a proposed parole office in La Mesa, to name a few.

Other top stories reflect local impacts of national  and statewide actions, such as  impacts of marijuana legalization, concerns over a child migrant detention center in El Cajon, protests over gun violence in schools, the e-scooter craze, homelessness, and new faces swept into office during the election.

Here are the issues and events with the biggest impacts across East County that East County Magazine has covered in 2018, from January 1st through year's end.