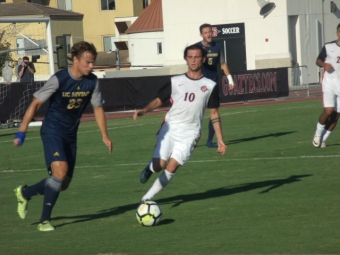 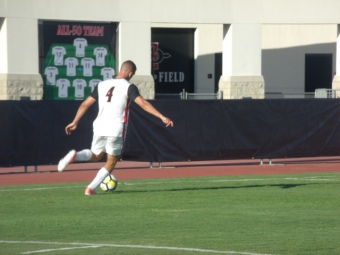 The Anteaters didn’t wait long to strike.  Sophomore midfielder Alvaro Quezada scored in the third minute with a nice snipe from the side to give Irvine the 1-0 lead heading to the half.  The Anteaters held the Aztecs to just three shots on goal.

The Aztecs pushed and pushed in the second half, but to no avail.  Finally, in the 84th minute, redshirt junior Pablo Pelaez tapped it to junior Miles Stray, who gently put it past redshirt senior UCI keeper Greg Patenaude for the equalizer and Stray’s first goal as an Aztec.  We were headed to extra time. 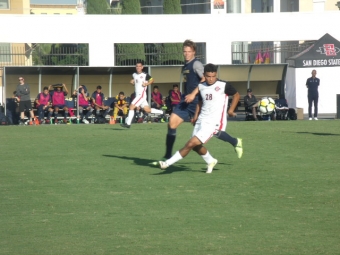 But extra time didn’t last long.  In fact, Emil Kjellker only needed one minute.  After a corner kick in the 92nd minute, the junior from Sweden netted the game winner to give the Aztecs the 2-1 win and make the red and black chip-ins in the San Diego Central Tournament.  The Aztecs are also level at .500 overall with a 2-2 record. 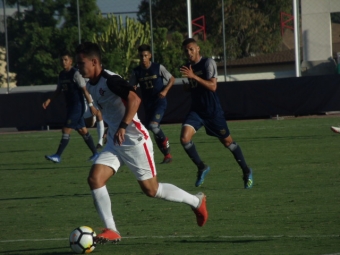 With the tournament over, the Aztecs are back in action on Friday when they host Brown at the SDSU Sports Deck at 7 p.m. 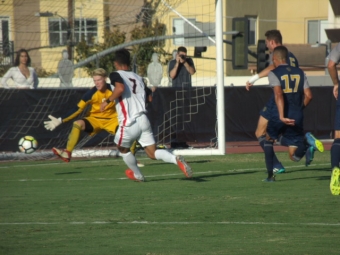 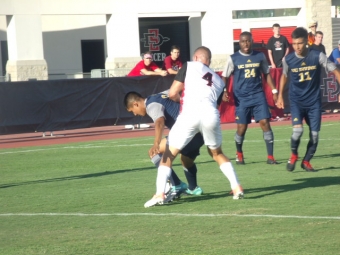 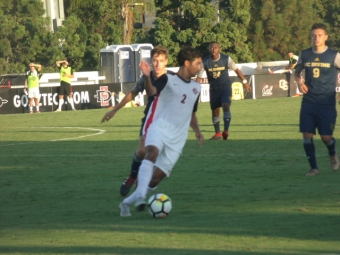