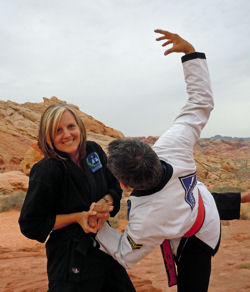 September 10, 2012 (Spring Valley) -- Jennifer stepped into the parking lot at night, and what happened next got her to join a martial arts class right away. Tonya had a close encounter with a man who was "losing it," and that got her to come find out what to do from Master Conway. Why would they come to him? Because his student Debbie saved her neighbor from a violent criminal. Because his student Myrna stopped the man who attacked her walking home from work in two moves. Because Conway has a long history of making sure what he teaches really works. It will work for you. 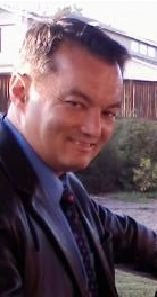 Finally, Master Conway borrows from Master Dana Abbot's Street-Smart Samurai System to teach "The Magazine is More Powerful than the Sword."  Bring an old issues of one of your favorite magazines from home.  We have plenty at Guardian Quest Martial Arts if you forget or if you don't have magazines at home. Any old magazine will do! You will find out just how powerful the written word can be to arm yourself against a criminal! If you have extra old magazines, please bring them just in case we run out! Thank you!

Part 1 - Winning without a Fight.

Part 4 - The Magazine is More Powerful than the Sword.

Scot Conway is a well-known martial arts master. He has appeared in martial arts magazines for more than twenty years, taught at international conventions for professional martial artists, and he holds the highest rank allowed to a man his age in his style. He is the author of eight books, including Above It All and Freedom Found.