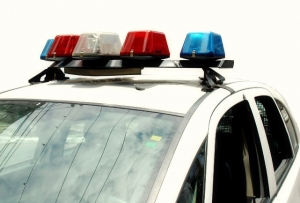 By Miriam Raftery
October 14, 2020 (La Mesa) – La Mesa Police seek public help to locate suspects in a blue Nissan Sentra who reportedly robbed three Grossmont High School students in front of the Shell Gas Station on Murray Drive at 12:45 p.m. today.
The students were walking near the station when the Nissan’s driver pulled into the gas station driveway, stopped na got out of the car. He demanded money from the students while a passenger pointed a handgun at the students.
After taking the students’ money, the driver got back into the vehicle, which appeared to have multiple passengers. The driver is described as a light-skinned Hispanic male around 17 or 18 years old with brown eyes, a mustache and groomed eyebrows, according to a police bulletin.  The second suspect is described as Hispanic, age 18-19, with wavy black hair with light tips, wearing an orange long-sleeved shirt.
If anyone has information related to this crime, or would like to report an additional crime, they are asked to call the La Mesa Police Department at 619-667-1400 or the Crime Stoppers’ anonymous toll-free tip line (888) 580-TIPS or www.sdcrimestoppers.com