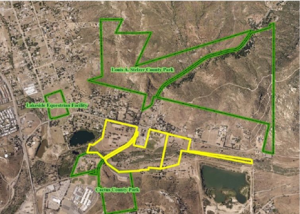 March 6, 2021 (Lakeside) -- San Diego County’s Board of Supervisors voted unanimously Wednesday to set aside $6.44 million to restore and improve roughly 98 acres of newly acquired open space, trails and recreational facilities in Lakeside’ scenic El Monte River Valley. The board hailed the action as a “great” project for the region.

The Board previously voted Feb. 10 to spend $3.2 million to buy the property that includes important coastal sage scrub, riparian scrub and riparian forest habitats, open space and already existing equestrian and youth sports playing fields. That action came after a petition signed by thousands and a march with hundreds of residents and Kumeyaay Native Americans urged support of the acquisition.

Board members envision the land as the home for future trail connections to other County parks, and recreational facilities for the public to enjoy in addition to the open space. The land is located nearby the County’s existing Cactus County and Louis A. Stelzer parks, and its future $18 million Lakeside Equestrian Park. 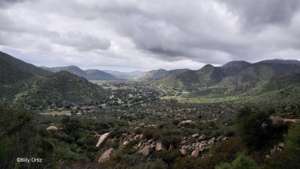 Supervisor Joel Anderson, who represents the County’s second district that includes Lakeside, said he was excited about the project and that the $6.44 million will help restore the land to its pristine nature and let people enjoy and hike through it.

Anderson originally voiced concerns about the funding, but ultimately voted in favor after the outpouring of support from constituents and also added funds to clean up blighted ballfields and picnic areas on the site.

The $6.44 million the Board of Supervisors agreed to use to restore the property Wednesday includes:

“This can be a wonderful regional asset,” Fletcher said. “Of particular importance it also helps us with another step toward completing the San Diego River Park — this is the vision of 52 miles of interconnected walkways and bikeways (running) all the way from Ocean Beach to the mountains. This is an incredible opportunity and this is one piece of that puzzle, a section of that that we can complete.”

anderson has listened to the people!