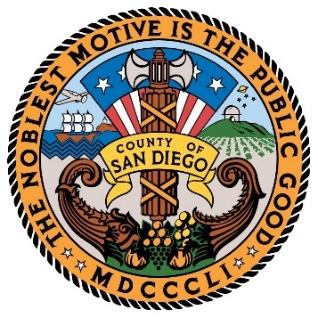 The County currently has an ordinance in place that prevents a business in the unincorporated area from having coin-operated amusement devices, such as an arcade game machine, from being in the same area that alcohol is served. The City of San Diego does not have a similar restriction.

Eleven years ago, Gian Paolo and his family took over a local restaurant that has been in Alpine for more than 25 years. To make their restaurant more family friendly, the Croce family turned what was once a bar adjacent to the restaurant into an arcade gaming room for children. Gian Paolo described the setup as a dream come true.

Several months later, the Croce family was notified that they needed to apply for an amusement device license. That’s how they found out about the provision that didn’t allow them to have these machines in the same vicinity where they were selling alcohol.

Gian Paolo attended the Board of Supervisors meeting and thanked the Board for considering the proposal. “We have become the community meeting area where families do come together and that was our intention all along,” shared Croce. “I hope we can be represented equally to the other areas of San Diego.”

“I am thankful to Vice Chair Vargas for partnering with me on this board letter, and to the rest of my Board colleagues for supporting it,” shared Supervisor Joel Anderson. “This ordinance repeal is one positive step towards giving every opportunity to small business owners in the unincorporated area and helping those communities thrive economically.”

“As businesses continue to recover from the impacts of the pandemic, we as policymakers, have a responsibility to continue to remove barriers so that everyone can reach an equitable recovery,” said Nora Vargas, Vice Chair, San Diego County Board of Supervisors. “Removing this outdated ordinance that prohibited coin operated devices in unincorporated areas of the County, will create opportunities for economic prosperity in these regions so that everyone can thrive, and not just survive.”

County staff will return to the Board of Supervisors in 90 days with a plan to repeal the ‘amusement devices’ ordinance. If ultimately approved, businesses will no longer need a County permit to operate these devices, but will remain subject to State licensing in order to serve alcohol.