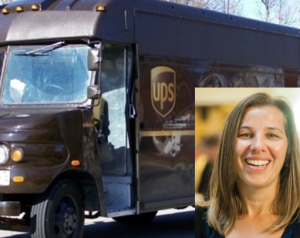 December 1, 2014 (Arlington, VA)— On December 3 the Supreme Court will decide on the biggest test of the federal Pregnancy Discrimination Act in a generation when it determines the outcome of the Young vs. United Parcel Services case. The case centers around a pregnant employee, Peggy Young, who was denied a request for light duty despite a letter from a medical provider requesting that she not be required to lift heavy packages.

Young helped sort and deliver mail for United Parcel Service. When she got pregnant, her midwife sent a note to her employer saying that she could not lift over 20 pounds during her pregnancy. One of the requirements for Young’s job was that she be able to lift at least 70 pounds, so Young requested a light-duty assignment—something the company already provides to those with disabilities such as diabetes or injuries. UPS said no, noting that company policy only allowed light-duty assignments for those with work-place related issues and other limited circumstances.

Because UPS did not consider pregnancy to be like a workplace-related injury, Young was not eligible to work until she could work without restriction. So the mother-to-be was forced to take unpaid leave.

“For the last six and a half months of my pregnancy, by forcing me off my job UPS made me go without my pay and my benefits, causing my family financial distress,” Young writes in a blog post at the National Women’s Law Center. “ My UPS health benefits were one of the main reasons I worked there. Because UPS would not let me work, I lost my health insurance…I had to use less desirable medical care four times as far from home. I also lost my right to disability benefits related to my pregnancy and childbirth. What started as a very happy pregnancy became one of the most stressful times of my life. “

Young sued UPS for pregnancy discrimination and lost. She says, “I believe the courts failed to correctly apply the Pregnancy Discrimination Act, which says that employers must treat pregnant employees the same way they treat other employees similar in ability or inability to work.”

There was no strong evidence in the case that UPS had any desire to discriminate against pregnant women. UPS said it was just sticking to company policy. Young would have been eligible for a light-duty assignment if she had been injured at work. The primary, and narrow, issue in the case is whether the company’s policy violated the Pregnancy Discrimination Act by excluding pregnant women not injured on the job from light-duty assignments.

Tom Spiggle, founder of the the Spiggle Law Firm, who focuses on discrimination due to pregnancy and other family care issues, and author of the new book “You’re Pregnant? You’re Fired!” says he  believes pregnant women will not like the Court’s answer.

“The Young vs. UPS is important for the average working pregnant woman,” added Spiggle. “Ultimately, the Supreme Court’s job will be to decide what protections the law provides and I predict the Court will favor UPS given that the Roberts Court has tended to line up in favor of business interests where employment matters are concerned. As a result, pregnant women requiring a change at work to help them keep working during pregnancy will have to show that they are covered by the Americans with Disabilities Act.”

He adds that the case also helps bring more awareness about pregnancy discrimination in the workplace, something he describes as “an ongoing problem. The attorney and author specializing in workplace pregnancy issues concludes, “While there are laws in place to protect women from this kind of discrimination, such as the federal Pregnancy Discrimination Act, there are also loopholes and often not every women is protected.”