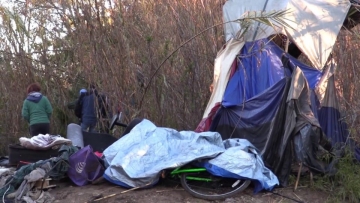 January 2, 2020 (Washington D.C.) –The U.S. Supreme Court declined last month to hear an appeal of a ruling by the 9th Circuit U.S. District Court of Appeals, which held that cities and counties cannot arrest homeless people for sleeping in outdoor public spaces if a jurisdiction has failed to provide space in shelters.

San Diego County and dozens of other local governments had joined together to argue that the case should be overturned, arguing that the decision limits cities’ abilities to maintain public health and safety. In San Diego, a 2017 hepatitis-A outbreak was tied to homelessness.

But the 9th circuit held that a city ordinance banning camping in public places by the homeless “violates the 8th Amendment insofar as it imposes criminal sanctions against homeless individuals for sleeping outdoors on public property, when no alternative is available to them.”

San Diego had more than 8,100 people homeless countywide as of a January 1, 2019 count, but 27,850 people used homeless services countywide last year, Voice of San Diego reports. California, which has one of the best year-round climates, is home to around half of the nation’s homeless population.