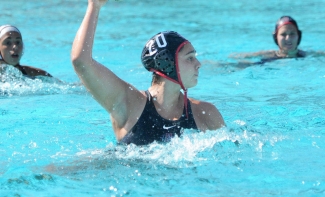 February 17, 2018 (Irvine) - T-No. 14 San Diego State opened its fourth-straight Golden Coast Conference regular-season title defense with a 12-5 road victory at Concordia on Friday afternoon. The decision moved the Aztecs to 5-4 (1-0 GCC) on the season, while the Eagles fell to 3-2 (0-1 GCC).

SDSU doubled up Concordia in the first quarter, 4-2, and did the same in the second period, 2-1, to take a 6-3 lead into the halftime break. The Eagles sliced into their deficit with a 2-1 third period and with the recent events, San Diego State enjoyed a 7-5 lead going into the fourth quarter. The final eight minutes saw the Aztecs blow the game open with a 5-0 shutdown quarter to cruise to the win.

The Aztecs recorded a season-high 22 steals, split between 10 players, and drew 11 ejections, which was one off their season best.