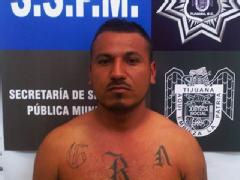 Rodríguez-Perez , 22,was arrested by Mexican authorities on April 11, 2011, in Tijuana, Baja California, Mexico and was extradited from Mexico on October 13, 2011, escorted by special agents of the Federal Bureau of Investigation and Immigration and Customs Enforcement’s Homeland Security Investigations. The extradition of Rodríguez-Perez leaves only one suspect involved in the murder of Agent Rosas at large.