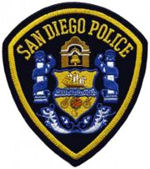 “Hien Nguyen became involved in a argument with an unknown Asian male adult regarding a football game while at the Café Bien,” said Officer David Stafford with San Diego Police. “The suspect stabbed Nguyen in the right arm twice with a knife.