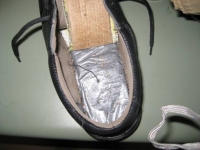 December 11, 2011 (San Diego) — U.S. Border Patrol agents assigned to San Diego area checkpoints and highways have seized a total of $683,090 of cocaine, heroin, and methamphetamine since Monday. The busts included seizures in East County, with drugs found hidden in vehicles and in the soles of shoes.