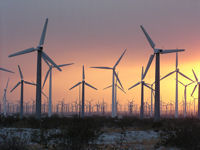 December 14, 2011 (Europe) –On December 10, the European Platform Against Windfarms (EPAW) and the North American Platform against Windpower (NA-PAW) served notice to two European countries regarding health hazards associated with wind policies. The groups, which plan to notify more government as well as the wind industry in coming weeks, claim to represent 600 citizens' groups from 26 countries.
“Hundreds of families around the world have developed unbearable symptoms of the WTS (wind turbine syndrome) as described by Dr Nina Pierpont in her world-famous book of the same name. Many have been forced to leave their homes,” a letter sent to the Danish government states.