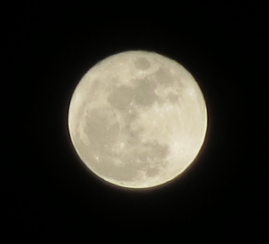 December 27, 2016 (San Diego’s East County) – “This is one of the pictures I captured of this year's rare Christmas full moon,” said Robert Gehr of El Cajon. 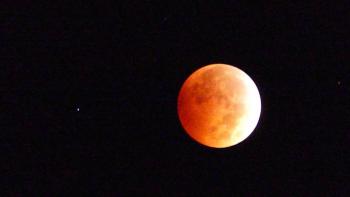 May 10, 2012 (East County) -- If you thought the moon looked larger than usual Saturday night, you’re right! The “super moon” occurs once a year, when the moon’s orbit past brings it closest to the Earth.
Bill Ortiz took this photo of the “super moon” shining brightly over East County. 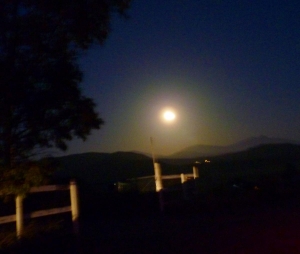 May 6, 2012 (San Diego's East County) -- ECM editor Miriam Raftery snapped this image of last night's "super moon" -- the closest that the moon comes to earth in its orbit this year.

This full moon shot was taken off Highway 79, between Santa Ysabel and Ramona, casting a golden halo as it rose. 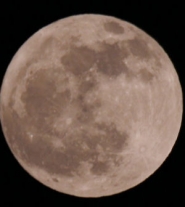 January10, 2012 (Lakeside)  - ECM photographer Dennis Richardson snapped this photo of the unusually bright full moon this weekend at his home in Lakeside.