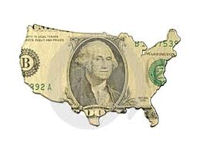 January 19, 2012 (Washington D.C.)—Despite the fact that many economic development deals fall short on job creation or other benefits, states are highly inconsistent in how they monitor, verify and enforce the terms of job subsidies that cost taxpayers billions of dollars per year.  Many states fail to even verify that companies receiving subsidies are meeting their job-creation and other commitments, and many more have weak penalty policies for addressing non-compliance.