Plus we’ll have a preview of coming attractions including the Julian Music Festival, the opening of the silver anniversary season of the Poway Performing Arts Center featuring Kenny Loggins as well as some major fall festivals including Julian Apple Days, Fall Fest, and of course, Oktoberfest!

So scroll down for all of these events and much, much more.

October 22, 2009 (El Cajon)--The public is invited to the annual Cajon Classic Cruise Halloween Car Show, Costume Contest & Downtown “Trunk or Treat” event on Wednesday, October 28, 2009 from 5:00 to 8:00 pm in Downtown El Cajon. Admission and parking are free. Main Street will be closed to traffic in order to accommodate the cars and spectators. 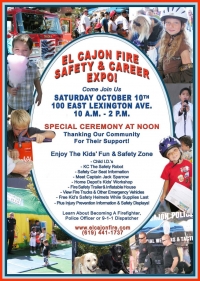