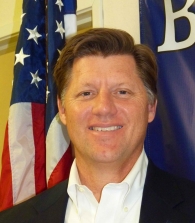 March 13, 2012 (Santee) – Assemblyman Brian Jones (R-Santee) announced last week that he is running for reelection.  In an exclusive interview, the conservative legislator shared highlights  and frustrations from his first term in the Legislature, as well as his priorities for the future if reelected in November.

With reapportionment, Jones 77th district will become the 71st Assembly District.  The district picks up some new areas including Pine Valley, Julian, Ramona, and Borrego Springs in San Diego County, as well as portions of Riverside County.