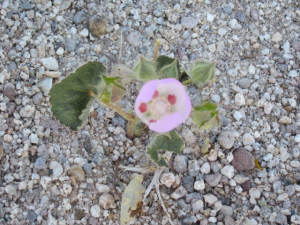 “Pattern Energy is going to pollute what it couldn't destroy… Monsanto’s Roundup is an herbicde cousin  to Agent Orange--the defoliant sprayed in Viet Nam that harmed a generation of veterans and their children… This herbicide—a neurotoxin--is going to get carried downwind. Did Pattern fail to notice that there is still a community with children here in spite of its industrialization of the area with 112 turbines and a substation?”

Photo: Sahara mustard, a “weed” the BLM wants to eradicate with toxic herbicides

May 14, 2013 (Ocotillo) -- Herbicide Mitigation? What is that? I heard these two disturbing words and felt panic.

I knew instinctively that it was going to have something to do with this Ocotillo Wind Energy Facility because nothing good has come from this controversial project since the day Pattern Energy uttered its first words of deception to the town of Ocotillo. Since the day the company first tried to convince us that its massive 438 foot-tall industrial-sized wind turbines were good for the economy.  And yes, the very same day we realized that human lives were disposable and irrelevant in the statistical world of giant wind turbine developers. 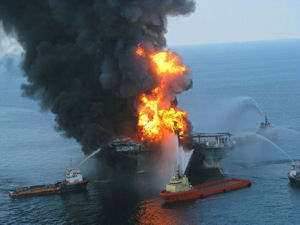 EarthTalk® is written and edited by Roddy Scheer and Doug Moss
This week’s topics:
1) The Gulf of Mexico two years after the BP oil spill
2) Lead in aviation fuel
Dear EarthTalk: I’ve seen a lot of warm and fuzzy TV ads, some sponsored by BP Oil, urging me to vacation in the Gulf of Mexico. But are things really “back to normal?”    -- Paul Shea, Dublin, OH