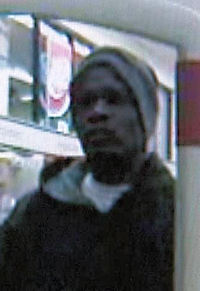 July 14, 2012 (San Diego’s East County) --  San Diego Police Department Robbery Unit detectives, in cooperation with detectives from the National City and El Cajon Police Departments, are investigating a series of commercial robberies that began in May, 2012.
The same suspect is believed to be responsible for at least 9 commercial robberies throughout the county.   Four cases occurred in San Diego, four cases occurred in National City and one case occurred in El Cajon.