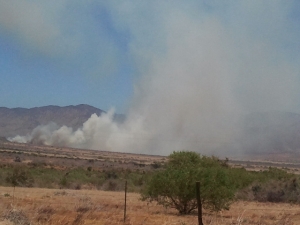 May 23, 2013 (San Diego's East County)--A controlled burn has grown out of control due to a change in wind directions. The fire started along State Route 78 at the Great Southern Overland Stage route. Authorities initally predicted the blaze had potential for 500 acres, but it has now topped 1,500 acres with 30% containment.

There is no current threat to structures of infrastructure,  per Cal Fire.

The California Highway Patrol website indicates that a closure has been ordered on S-2 at S22 and at State Route 78.  Smoke is blowing across San Felipe.  According to the Julian News editor, the route from Shelter Valley to Warner Springs is blocked. Road closures are expected to remain in effect through tomorrow. 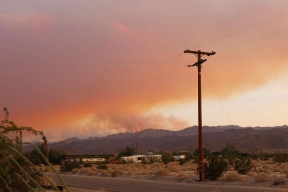