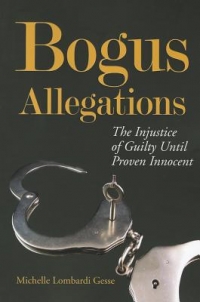 The Truth about Firearms, the Criminal Justice System, and You:  What Every Gun Owner Should Know About being Falsely Accused

September 17, 2012 (Boulder, CO)—If you own a gun and consider yourself to be an upstanding, law-abiding citizen, you probably haven’t given much thought to being targeted or profiled because you own firearms. After all, as long as they’re legal and you don’t use them inappropriately, you have nothing to fear, right?