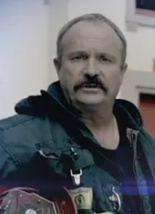 Captain DeClercq wrote, “Once again, Supevisor Jacob is in denial. The County of San Diego spends a mere $15 million dollars on fire protection while Orange and Los Angeles Counties spend $250 and $500 million dollars protecting their citizens. The City of San Diego taxpayers foot the bill to send City of San Diego firefighting crews to unincorporated  East County to extinguish their fire. Unbelievable!” He added, ““Having and showing off a patch does not make a fire department.”