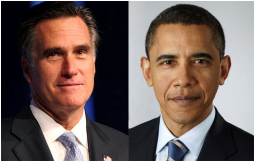 October 23, 2012 (San Diego’s East County) --In the third and final presidential debate last night, President Barack Obama and former Governor Mitt Romney shared their views on foreign policy issues including uprisings in the Mideast, political hot spots such as Iran and Syrian, relations with Israel, trade with China, and more.

On some issues, the candidates showed agreement, while on others they drew distinctions in their policy approaches.  Romney criticizsed some aspects of Obama’s record and praised others. Obama defended his record and faulted Romney for flip-flopping on numerous foreign policy issues.