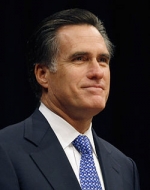 November 1, 2012 (Jacumba)--Much talk is being bandied about especially by conservatives on how there could possibly be undecided voters out there. After all, there hasn’t been such a clear choice between the two parties in years (goes their argument).  The implication is that we are stupid or uninformed. In reality, it isn’t as simple as that.

Like many Independents, I have a love/hate relationship with election years.  As someone who isn’t tied to either major political party, I am like the un-attached and solo guest at a Valentine party, relegated to the sidelines and watching the enthusiastic bonding of committed couples with envy.