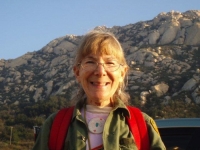 “This is where Doug Manchester has decided to build high rise buildings, right on liquefiable soils.”

November 3, 2012 (San Diego)--Italy isn’t the only place making dumb decisions over earthquake prediction.  Here in San Diego, never-ending broken utility lines and stinky sewers are occurring because our local and state government officials have suspended their responsibility for oversight of development on known and suspected faults downtown.  Surprisingly, the City and Port of San Diego actually funded studies of downtown faults but refuse to release them. The reason?  They probably don't want to turn down potential development money and the resulting property taxes.