Showcasing the latest in Latino cinema, from the highly anticipated documentary Hecho en Mexico featuring Diego Luna, the historical drama Cinco de Mayo: La Batalla; to Colosio, the film that delves into the life and mystery shrouded murder of the Mexican presidential candidate. 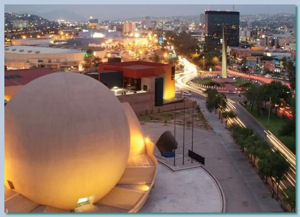 December 1, 2012 (San Diego)--The election of Bob Filner as Mayor of San Diego can have positive trans-border economic growth with his plan of San Diego’s opening an office in Tijuana for direct and timely communications with that city’s mayor, other city and state officials and business and community leaders. It's long overdue.

To be sure, the idea of closer cooperation between the cities of San Diego and Tijuana have been important with former San Diego mayors as most recently exemplified by Mayor Jerry Sanders who had a strong and amicable relationship with the former and present Tijuana mayors. Going back to Pete Wilson who worked closely with Tijuana city, state and federal agencies on the location of the Otay Mesa  Port of Entry, and Susan Golding establishing a direct telephone (Red Line) between her office and then Mayor of Tijuana, Hector Osuna Jaime, after the devastating El Niño storms that crippled Tijuana’s economy.