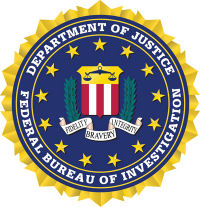 December 19, 2012 (San Diego)--Bank robbers last year walked away from federally insured banks, credit unions, savings and loan associations, and armored trucks with more than $38 million in cash, according to the last full year of FBI bank crime statistics. In one in five cases, the money was recovered. In the unsolved  cases,  surveillance  images  of  suspects  were  often  posted  online—on  FBI  wanted posters and elsewhere—to enlist the public’s help.

To further that effort, the FBI has launched a new Wanted Bank Robbers website at bankrobbers.fbi.gov, the first national system of its kind.