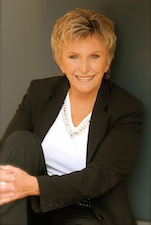 December 20, 2012 (San Diego) -- Not many people would give their personal cell phone number out on live television, but Jeanne McAlister, Founder and CEO of McAlister Institute, will do whatever she can to get someone suffering from substance abuse into treatment.  She founded the institute, a 501(c)(3), in 1977. Thirty-five years later, it operates 25 drug treatment programs throughout San Diego and is one of the largest and most diverse AOD (Alcohol and Other Drugs) treatment providers in the county.