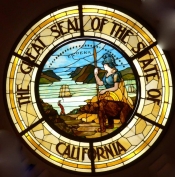 January 5, 2013 (San Diego)—Assembly Speaker John Perez has announced committee assignments for the new term. San Diego’s delegation will be well represented on several key committees.  San Diego County members will control 3 of 7 votes on Housing and Community Development, with two or more members on several other key committees, notably education  and the budget committee. Our region lacks representation on several committees however, such as transportation, revenue and taxation, and natural resources, where San Diego doesn’t have a single member.  Below are the assignments of our region’s members.