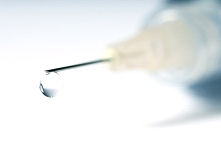 January 11, 2013 (San Diego)--A 92-year-old woman died from influenza, the County Health and Human Services Agency announced Wednesday   It was the second death this flu season. The first was an 89-year-old woman who died Nov. 15.

County health officials are encouraging everyone to be immunized to help protect themselves and their loved ones against the flu, especially now that influenza activity is increasing nationwide. A total of 143 cases were reported the week ending Jan. 5, a 77 percent increase from the prior week, when 81 cases were reported.