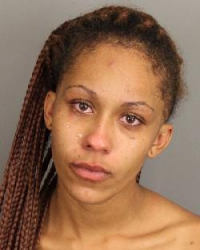 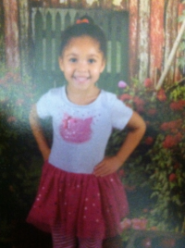 Update January 28, 2013: Resa White has returned Amya to a babysitter;  the child is now safe and home with her grandmother.

January 27, 2013— Chula Vista Police seek public help to locate a 4-year-old girl abducted by her mother.  The missing child, Amya White, is African-American and was wearing a yellow raincoat and black pants when taken from her grandmother’s home yesterday at 4:30 p.m.

The mother, Resa Carolyn White, 21, has a history of drug abuse and is known to rely on bus transportation. She was last seen wearing a black top, black leggings and Ugg-style boots.  She is 5 feet 2 inches tall and weighs about 120 pounds.  Note: the photo at left is the most recently, but her hair is now black and straight.

The suspect lost custody of her two children, who were being raised by their grandmother at 2150 Caminito Leonzio in Chula Vista.