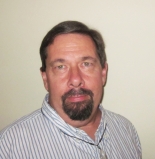 April 2, 2014 (Washington D.C.)--The U.S. Supreme Court sure picked a weird way of celebrating the 50th anniversary of the landmark 1964 Civil Rights Act this year. On March 24, they heard arguments in a case called Sebelius v. Hobby Lobby, in which a chain of art supply stores claimed that the mandate under the Affordable Care Act (so-called “Obamacare”) that employer-provided health insurance cover birth control is an infringement on their freedom of religion. Stated that boldly, Hobby Lobby’s claim that its for-profit business has the capability of worshiping God in its own way and the government can’t dictate the terms under which it can provide employees health insurance because that would violate its freedom of religion is preposterous. 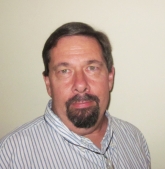 October 10, 2013 (San Diego’s East County) -- As I’m writing this, it’s the eighth day of the shutdown of the federal government, and there’s no end in sight. What’s more, unless Congress acts to expand the so-called “debt ceiling” — the total amount of money the federal government can borrow to fund its current obligations ­— by October 17, the U.S. could default on its loans for the first time in its history.

Economists and businesspeople are warning that this could be catastrophic for the future not only of the U.S. but the entire world’s economy. As Douglas Cote, chief market strategist for IMG Investment Management U.S. in New York — not exactly your most flaming liberal or Leftist source — was quoted in the October 3 Los Angeles Times, the politicians who have brought about the government shutdown and are threatening to force the U.S.’s first-ever default are playing “a form of Russian roulette with a loaded gun.”

February 19, 2013 (Revised February 20) -- Qualcomm co-founder Irwin Jacobs’ plan for an extensive remodel of the Plaza de Panama in Balboa Park sailed easily through the San Diego City Council last summer — Councilmember Sherri Lightner’s was the only vote against it — but it hit a snag in San Diego Superior Court February 5.

That’s when Judge Timothy Taylor, ruling in the suit the Save Our Heritage Organization (SOHO) filed against the city to stop the Jacobs plan, found that the city had basically ignored its own rules by insisting that the current configuration of the park, with much of its area used for large, free parking lots, was not a “reasonable beneficial use of the property” under city law.