September 4, 2013 (Sacramento) – A measure that would require all school modernization projects seeking state funding to include classroom doors that lock from the inside was held today in the Assembly Appropriations Committee.

State Senator Marty Block of San Diego (SD-39) who authored the legislation – SB 316 – said he was dismayed. “I’m deeply disappointed that SB 316 did not make it through the Assembly committee,” said State Senator Marty Block (SD-39). “It is a blow to school safety and common sense. We are beyond the point where inside door locks would be a nice thing to have, they are imperative if we want to protect children and teachers in the classroom.” 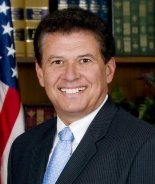 SB 316 would require school doors to lock from the inside

February 20, 2013 (Sacramento)--State Senator Marty Block (D-San Diego, 39th district) introduced legislation Tuesday requiring all classrooms with five or more persons to install devices that allow doors to lock from the inside by January 1, 2015. The California Federation of Teachers is sponsoring the legislation.

Following the school shooting tragedies in Newtown, Conn. and Taft, Calif., schools are rethinking safety procedures, including additional protections against campus intruders. A 2010 analysis of similar legislation estimated that 70 percent of schools already have such locks. Without the locks, teachers must go outside to secure their classrooms during emergencies. Block’s proposal would ensure that every school regardless of age complies with the inside lock requirement.