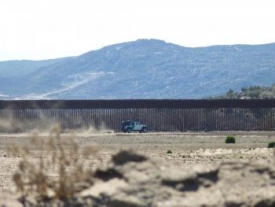 The first assault occurred Monday at approximately 8 p.m. in the Otay Mountain area, when a Border Patrol agent attempted to arrest a male undocumented Mexican national who had entered the U.S. illegally.  During the arrest, the suspect became assaultive and struck the agent in the face and head, according to a release issued by the U.S. Border Patrol today.  After a brief struggle, the agent was able to  detain the man.  The suspect is being held by the Department of Homeland Security pending charges for assault on a federal agent.