“I am honored to announce that I have been unanimously selected by the Grossmont Union High governing board to be a member of the Citizen Bond Oversight Committee (CBOC),” Russo wrote in an email to news media in early May. “Although I am the representative at large, I will bring Alpine's perspective to the Bond Oversight processes.” 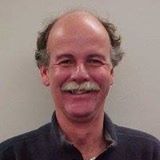 February 13, 2014 (San Diego’s East County) – In the wake of a Grand Jury probe into the Grossmont Union High School District’s(GUHSD)  response to a Grand Jury probe, concerns have been raised over the level of oversight provided by the Citizens Bond Oversight Committee. (CBOC)  Listen to our radio interview on this explosive topic with Nick Marinovich, the San Diego Taxpayer Association’s representative on CBOC, Priscilla Schreiber, GUHSD board member, and Michael Waterman, an attorney/journalist who has been seeking answers to pointed questions from CBOC.  (Note: The District and CBOC chair Nancy Herbst declined our interview requests.) 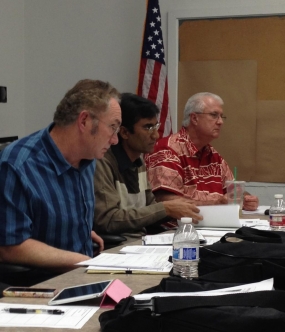 "How deaf can this CBOC be without being complicit and compliant with the Board Majority’s political bias towards Alpine, as cited by the Grand Jury?”—GUHSD trustee Priscilla Schreiber

By Miriam Raftery;  Janis Mork also contributed to this story

February 1, 2014 (Alpine) – At a contentious meeting of the Grossmont Union High School District (GUHSD) Citizens Bond Oversight Committee (CBOC) on January 30, Chris Loarie testified that the Alpine High School Citizens Committee  (AHSCC) has submitted final signatures to the County Office of Education for unification of the Alpine Union School District (AUSD).  Frustrated by the GUHSD board’s repeated  refusal to build an Alpine high school despite two bond measures for that purpose, Alpine parents aim to bolt from the Grossmont District and expand the AUSD to include high school students and ultimately, build a high school.

Others, including an attorney and a district trustee, are leveling sharp criticism at the CBOC for turning a blind-eye to findings of a Grand Jury report on the District’s failure to fulfill its promises to Alpine voters, a report titled “Fool me once, fool me twice.”  Critics contend that the CBOC has ignored facts and further, that the Chair has exhibited bias  and presented skewed information for oversight committee members.

March 19, 2013 (El Cajon)--On Thursday, March 7, the Citizens’ Bond Oversight Committee (CBOC) presented their annual report to the GUHSD Governing Board. The CBOC is a group of 11 community volunteers who oversee the expenditure of Prop H and Prop U bond funds.

A cover letter from Chair Nancy Herbst raises concerns over finances in the wake of a recession and reduced state funds. Current funds will be exhausted by mid-2015, she warns, adding, "Further projects are planned, but will not be scheduled until future funding is more certain." A revised project schedule is included in the report. Prominent among projects placed on hold is the long-awaited 12th high school in Alpine.