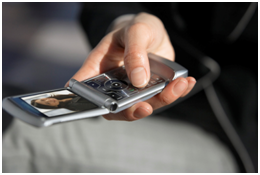 The principal of Cajon Park Elementary (which has students from kindergarten through 8th grade) school called the Santee Sheriff's Station  yestserday after a female student reported receiving a text message saying she will be killed at school. A second female student received a text message in reference to the killing and a body being hidden.