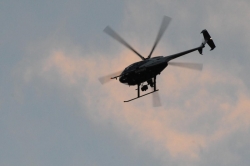 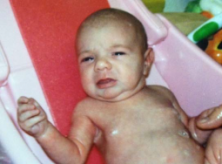 April 5, 2013(Lakeside)— The Border Patrol Search, Trauma and Rescue (BORSTAR) team has found 3-month-old Arisa Van Goerlitz safe tonight at 7:30 p.m. following a massive search in Lakeside. Searchers spent hours combing an area along the San Diego River bed including transient camps before locating the infant and her aunt, Deborah Ann Fowler, who has been arrested.

“The baby is okay,” Sergeant Greg Hampton of the Lemon Grove Sheriff’s station told media at the scene. “She is being evaluated by the Fire Department.” The baby was later transported to Grossmont Hospital for evaluation. The child is now in the hands of Child Protective Services and has been taken to the Polinsky’s Children Center.

The infant girl was reported missing this morning by her grandmother, Joyce Matyas, in Spring Valley at around 11:30.