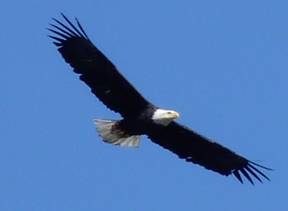 By Charles and Laurie Baker, Santee

September 6, 2014 (San Diego’s East County)--We are writing this letter because we are opposed to the United States Fish and Wildlife Service possibly granting 30-year Bald and Golden Eagle Permits to companies who build wind and solar farms.   NO permits, especially those for 30 years, should be granted to these so-called "green" energy farms.  They harm eagles, didn't study the impacts, and violate Federal laws.

December 30, 2013 (Ramona)--After 20 years, Hawk Watch, a popular wildlife educational program in Ramona featuring  hawks, owls and eagles, has been cancelled for 2014 .  Visitors can still go birdwatching on their own at the Ramona Grasslands  Preserve, but there will be no organized presentations or up-close looks at captive birds of prey.

Wildlife Research Institute, which ran the program, announced the cancellation on its website with no explanation.  But the decision likely stems from trouble raising funds for the nonprofit after news broke that its founder, David Bittner, was sentenced in federal court  in August after pleading guilty to unlawful taking  a Golden Eagle without a permit and failing to file any data reports for a four-year period on birds that he had banded. 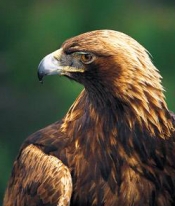 April 19, 2013 (San Diego’s East County) –  David Bittner, eagle expert with Wildlife Research Institute, pled guilty to federal charges of unlawful taking of a Golden Eagle without a permit and failing to file any data reports for a four-year period on birds that he had banded.

Bittner conducted studies on Golden Eagles for Iberdrola’s Tule Wind project in East County, which was approved by the federal government on public lands as well as by the county on private properties. Portions of the project on state and tribal lands, where several Golden Eagle nests were reported, are pending approvals by the Bureau of Indian Affairs and State Lands Commission.

“Can those agencies rely on Bittner’s Golden Eagle work for Tule wind that was apparently unpermitted and unlawful?” asks Donna Tisdale, chair of Boulevard Planning Group and a founder of two citizens groups, Protect Our Communities Foundation and Backcountry Against Dumps, that has filed a lawsuit seeking to halt the project.  “What other breaches of law or professional ethics might be involved?”