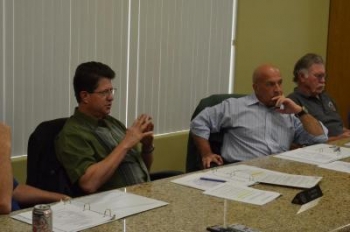 May 8, 2013 (Jamul)—As part of the County’s efforts to consolidate rural fire departments, the San Diego Rural Fire Protection District was asked last night whether “it will continue to operate as an independent fire district or dissolve and become part of the  new County Fire Authority (CFA).”

The County has given the District until June 30th to sign on a one-year contract that would extend the current contract with Cal-Fire, but ultimately would lead to the dissolution of the district under the Local Agency Formation Commission (LAFCO.)

The pending decision has sparked concerns among residents in the District, which is a high fire risk area that has seen some of the worst wildfires in our region. It is also the area where major new energy projects are proposed which would increase the risk of fire.