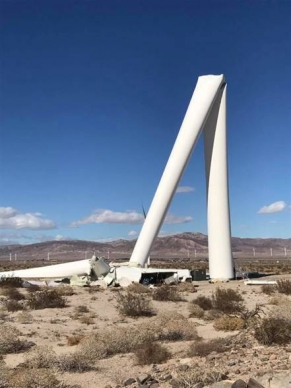 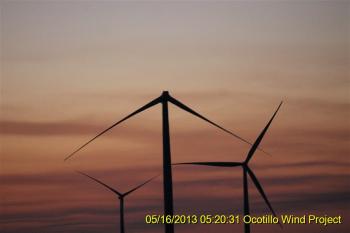 May 27, 2013 (Ocotillo) -- When Jim Pelley arose at sunrise and looked out over the desert from his home in Ocotillo, he noticed something missing. So he grabbed his camera to record the unusual sight.

A Siemens wind turbine at Pattern Energy's Ocotillo Express Wind Energy facility had hurled off  a multi-ton blade onto a trail on public Bureau of Land Management recreational land.  Fortunately, since the accident occurred at night, nobody was harmed.