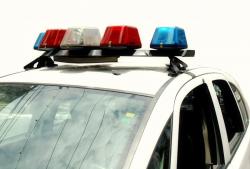 Officers arrived on scene and located the victim on the ground with a laceration to his nose and face. The 50-year-old victim was transported to the hospital with wounds that were not life threatening.

Officers searched the area with assistance from San Diego Sheriff’s helicopter ASTREA and El Cajon Police Department canine units, but were unable to locate the suspect. The suspect is described as a white man in his 40s or 50s, between 5’4 and 5’6 tall, approximately 160 pounds, with “salt and pepper” hair. He was wearing a t-shirt and brown shorts and carried a large black trash bag when he fled the scene.