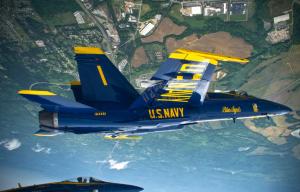 July 15, 2013 (San Diego)--The popular Miramar Air Show set for October 4-6 is at risk of cancellation, following Friday’s announcement that the Pentagon will not allow military flights in the annual air show at the Marine Corps Air Station Miramar due to budget cuts caused by sequestration.  Marine officials have not yet confirmed if the show will be held, but if the show does go on, it will be with no military aircraft. Military planes such as the Blue Angels have comprised the majority of the show in the past.

“More than half a million visitors attend the Miramar event, which helps our local economy and showcases the skill of our armed forces. This is a tremendous disappointment across the region,” said State Senator Marty Block (D-39th District).