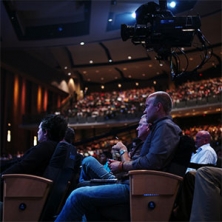 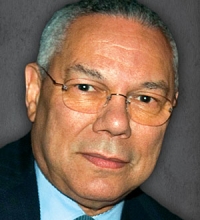 National and international leaders in social justice, politics, faith and entertainment to speak

August 6, 2013 (La Mesa)-- While the hallowed halls of downtown San Diego are echoing with strategies for staying in office and getting through the next week, more than 500 local participants are preparing to be inspired by some of the nation’s most effective leaders at the annual Global Leadership Summit, August 8-9, 8:30 a.m. – 4:30 p.m.  at Journey Community Church, 8363 Center Drive, La Mesa.

“This is a chance to hear from men and women who demonstrate influence in many arenas – politics, social justice, faith and entertainment – and tobe inspired to become confident truth-sayers in our own spheres of influence,” said Ed Noble, Lead Pastor.Speakers such as General Colin Powell, former U.S. Secretary of State, Mark Burnett, executive producer of Survivor and The Voice, Bob Goff, General Counsel to Uganda and Founder and CEO of Restore International, Liz Wiseman, executive strategy and leadership consultant and more will make the case for becoming a leader, not for a term of office or for a bottom-line result, but for life.