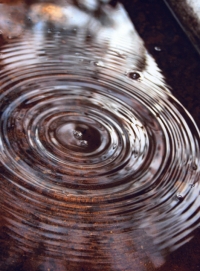 "In short, the parties  seeking rehearing have made one last ditch effort to obfuscate the facts of this case in the minds of the Commission’s decision makers by throwing spaghetti against the wall to see if they can get anything to stick. Instead, all they’ve managed to do is make a big mess,  which others are obligated to clean up.” -- Jonathan Knapp, CPUC attorney

September 12, 2013 (Live Oak Springs) – In May, we reported that the California Public Utilities Commission called for takeover of the Live Oak Springs Water Company and a million dollar fine for putting public health at risk. The CPUC  iin May, asked the Superior Court to appoint a receiver to operate the water company and  takeover the property, including the bankrupt Live Oak Springs Resort , where cabins and a restaurant remain closed. http://www.eastcountymagazine.org/node/13272

Live Oak Springs filed for a rehearing, claiming “wrongful and malicious” wrongdoing on the part of the CPUC and suggestion a conspiracy with the CPUC and county officials. Now CPUC attorney Jonathan Knapp with the Division of Water and Audits  has issued  a scathing response following the CPUC investigation:   http://docs.cpuc.ca.gov/PublishedDocs/Efile/G000/M076/K841/76841425.PDF